A SONS OF ANARCHY FAN PODCAST

Step Into The Mayhem

Episodes of Girl of Mayhem are on iTunes and can be subscribed to, FREE! At the bottom of this page is a link to listen to the shows from here on this site. I'm looking forward to having the listeners hear the show and provide me any feedback or opinions you have. You can post here, email me at girlofmayhem@gmail.com or call me at 559-762-2278. Don't forget to follow me on Twitter @girlofmayhem, and if you are on Facebook, join our fan page Girl of Mayhem Podcast. Thanks for visiting the site and check back often for new material!

Posted by Melissa at 1:20 PM No comments:

Hey everyone! Welcome to episode 71 of Girl Of Mayhem. Today we are going to be talking about episode 4 from season 5 of Sons Of Anarchy, titled Stolen Huffy.

Orlando Has It's Own "SOA" Moment

MC Gang Fight in Orlando?
I was sitting in a bar Sunday afternoon eating some wings with my boyfriend and another couple and in walks a cop... No, this isn't the start of a bad joke.  After the owner got done talking to the cop, we asked him what was going on (we know him fairly well).  Apparently a fight between motorcyle gangs had broken out at a VFW nearby and they were putting all local bar owners on alert.
What was my first thought?  SOA has come to Orlando!!! While it's never good to have this kind of violence, especially when MC's are involved, it is kind of exciting and I wanted to share it with my friends of the GOM podcast.  The link is at the top of this post, and as more info comes out I'll probably post it here on the website.
Posted by Melissa at 5:22 AM No comments:

Hey everyone!  Welcome to episode 69 (LoL) of Girl Of Mayhem. Today we are going to be talking about episode 2 from season 5 of Sons Of Anarchy, titled Authority Vested.
Let me give you guys a couple of disclaimers before we get started.  First, I am in no way affiliated with the cast or crew of Sons of Anarchy, I am merely a fan doing a fan podcast.  Second, I am not part of an MC, nor have I ever been so any info I get about that lifestyle is secondhand through another source such as the internet.
Ok, I have to start with some kind of sad news, Johnny Lewis, who played Halfsack in the first few seasons has passed away.  You can find the article online at the New York Daily Times website, or through a search engine.  I have the link posted on Facebook and Twitter, and on http://girlofmayhem.com.  I want to thank James for emailing me right away to tell me, and providing the link we have on the GOM website.
Now let me give you guys some ways you can contact me with your feedback.  As always, you can email me at girlofmayhem@gmail.com, call me at 559-762-2278 and leave a voicemail, or comment on the website http://girlofmayhem.com.  You can also find us on Facebook at http://facebook.com/girlofmayhempodcast and tweet me at @girlofmayhem on Twitter.
Don't forget, I still want all of your feedback!
Today we are going to be talking the second episode from season 5, and I am also going to give you a character analysis of one of our newer characters, Nero (played by Jimmy Smits).  I also wanted to ask all of you if you have the SOA app, and if you do, what do you think about it?  Can you tell what's new when there's an update?  I'm having a lot of trouble with the new app set-up and really want the old one back!  If you have it, let me know what you think!
I want to thank Shep for his thoughts on the first episode, he emailed me and mentioned that now it makes sense why they introduced Tig's daughter last season, and thought it was heartbreaking what Pope did to her.  I also want to thank James for emailing about Johnny Lewis, and John from Houston for leaving a voicemail.  John mentioned that Sutter is having some OMG moments, thought the scene with Tig's daughter was one of the most painful he's ever seen.  He also said that Gemma's sex scene with Nero was a "wow" moment and that he hopes they don't overwhelm this season (season 5) with too many plot lines.  He likes the direction Tara's character is going, and is worried about Clay sneaking back in.  John is going to try to attend "church" over at the Watchers of Anarchy (a fellow SOA podcast - you can find the link on the GOM site).
Now let's get down to business and talk about this episode, Authority Vested.
The description for this episode reads "Jax and SAMCRO are challenged as past sins resurface".  The music in this episode includes Hayes Greenfield with Steel House Blues, Fitz & The Tantrums with We Don't Need No Love Songs, Attika 7 with All Or Nothing, and Jack Savoretti with Soldiers Eyes (which plays during the ending montage).
When we open, we are at Opie's.  He is sleeping but wakes up when he hears a sound.  After grabbing his gun and checking things out he discovers Sheriff Roosevelt at his door. Roosevelt is looking for Jax.
Then we are at Diosa International (Nero's escort service - by the way, I looked it up and diosa means "goddess").  Jax and Chibs are talking about how Tig is still MIA and they need to find him to fill him on what's going on with the warrants.  Also during this scene Bobby asks Gemma how long she's knows Nero, trying to gather whether Nero is trustworthy.  Gemma mentions she hasn't known him long but trusts him.  Carla comes out to go on a job and tells Nero she wants SOA gone (apparently she doesn't do well with surprises).  I liked that they called the sex rooms "therapy rooms".  Jax questions Nero's motives during this scene and when Gemma tries to vouch for him, I noticed how forceful Jax is in silencing her.  Apparently the President patch has given him some power.  Jax, Bobby, and Chibs leave to go get Tig after they get a call, and Nero loans him a truck because their bikes will be too auspicious.
Next we are at Gemma's, where Unser is coming to after the beating.  We see Clay alone at his own place, Unser calls him to get over there.
At the rail yard we see Tig sitting by the burned bodies.  The guys pull up and Tig tells them that Pope did it.  He mentions he wants/needs to find Fawn because Pope threatened to kill her too.  The guys help him pull Dawn out of the hole with the other bodies.
Back at Gemma's Juice and Clay have arrived and are surprised Unser was there just to feed the bird.  In a humorous moment, Unser mentions the bird is his closest friend.  Clay thinks it's Pope who's behind the break-in.  During this part it really hit me how down and out both Clay and Unser are.  Once kings of Charming, time has taken it's toll on both of them, and in their own way they are paying for their past sins, at least that's what it seems to me.  I also think it's odd that so far Unser's cancer has not been mentioned this season, and I wonder if we are going to get some kind of update on his status with that.  A great quote by Unser during this part is "Charmed life, ain't it?".
At the rail yard the guys burn the other bodies (the cop and the cleaner), and we see Tig holding Dawn's burned body like a baby.  Very sad.

The next thing we're going to talk about is a character analysis of Nero, played by Jimmy Smits.
I'm going to start with Jimmy Smits' bio and then move onto details about and thoughts on the character.
Jimmy (which that's his real first name, not James, actually Jimmy) was born in Brooklyn, NY on 7-9-1955.  He is 6 feet 3 inches tall.  He was married to a woman named Barbara from 1980 to 1987, and has 2 kids, a boy and a girl.  He has been with Wanda De Jesus since 1986, so over 26 years (and yes, partly during the time he was still married to Barbara, but I'm assuming that maybe they were separated).  Jimmy has a Bachelors degree from Brooklyn College in theater, and has a Masters degree from Cornell (impressive!).  A fun fact is that he was named the "King of Brooklyn" in 1991 at a festival.
As far as TV, Jimmy has appeared on popular shows such as Dexter, The West Wing, LA Law, and NYPD Blue.  He has also been in movies, such as Star Wars Episode II and Star Wars Episode III.
Now onto our character.
We've been given a fairly good background on Neron "Nero" Padilla, although I'm sure we still have a lot to learn.  We know that he is part of a gang (not sure which one but there is speculation that it's called Majestic).  He used to run it but no longer does.  Most of the people he used to hang around with are dead or locked up.  He spent his 30's locked up himself, in Chino.  He had a drug habit but kicked it while he was in Chino.  He does not appear to be married, but we know he has a son.  His son has Spina Bifida and lives in a group home for the physically challenged.  He now owns Diosa International, an escort service.  He takes 25% of the cut from the girls of their in-house customers, and 30-40% when they have outside calls.  And that's our general background.
Here are my thoughts:
Nero definitely seems kind of sweet and goodhearted.  He's offered up assistance to Gemma, Jax, and the club, without really asking for anything.  And his sons story can really pull at heart strings.  But my prediction is this character is going to turn.  Something is going to happen to change the way we view him.  I don't think Sutter just brings in characters who are "nice guys".  I have no idea what will change, or what will cause the change, but I see it coming.  And I'm thinking it will be this season.  I would love to hear what the rest of you think of Nero, and also what kind of job you think Jimmy Smits is doing playing the character.

Well, that's it for now.  Hope everyone is doing well, and I hope to hear from you  before the next episode!

Girl Of Mayhem is free to listen to, but we do appreciate any donations.

Melissa
Orlando, Florida, United States
I have been a fan of SOA since it began in 2008. I have watched each episode several times and love talking about it with other fans. There is another great podcast about the show, Watchers of Anarchy, so check them out as well.

Link To My Food Blog 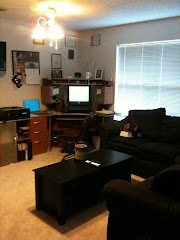 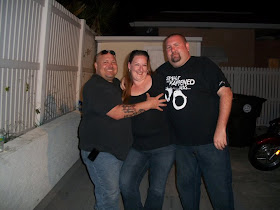 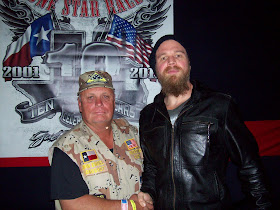 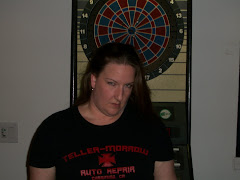 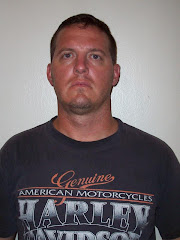 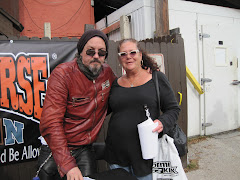 AJ's Bike By a Ferris Wheel 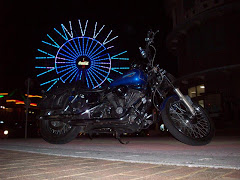 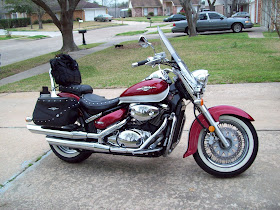 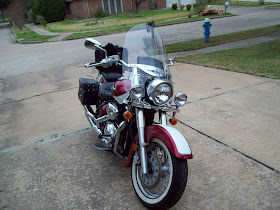 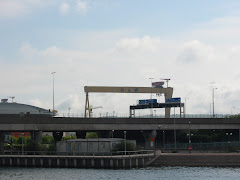 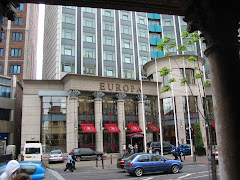 Inside The Europa, Courtesy of Stuart 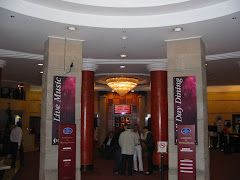